And its impact on the lifespace of the average CMO

Splat! That sound you hear is another CMO hitting the dust. It’s September — the leaves become a brilliant, colorful mosaic, the air turns crisp and cool, and it’s hunting season for CMOs. See the folks in the orange flak jackets, armed to the teeth with Blackberrys and Mont Blancs? They’re the CEOs of public companies. See the ones running for their lives? Those poor folks are the CMOs. Their life expectancy is short. On average, a CMO lasts only 18-22 months before a CEO brings him down. It’s often not a particularly clean kill, either.

At Firewhite, we have a simple prescription for increasing the lifespan of the average CMO. It’s called accountability. For example, we build marketing scorecards that give C-level executives a quick set of metrics on how marketing is doing at driving the number of new customers acquired, increasing the lifetime value of existing customers, and in encouraging customers to move up to premium products and across into new categories. Our scorecards are built in Excel and Flash. What makes them so remarkable – apparently – is the fact that we get to do them at all.

Accountability presents something of a dilemma for marketing executives. Is it an opportunity or a threat? From a purely personal, career perspective, does it really help to be able to stand up in front of your CEO and announce that you’re managed to drive your acquisition costs down 15% across all media, or are you simply providing the rope with which you’ll eventually be hanged? After all, nobody ever got fired for branding, but you can definitely get canned for not hitting the numbers you’ve helped create.

First, this genie is not going back into the bottle. Analytics, and the accountability they deliver, aren’t the flavor of the month. If there’s one thing CEOs are always clamoring for (along with Gulfstream G-V jets) it’s more and better information. As technology gets better, costs get lower and information gets faster, marketing gets less and less murky, and, to be Machiavellian about it, smart marketers get more and more leverage, authority and influence.

Second, by creating accountability, you’re also increasing transparency, which is only going to strengthen your cause. At bottom, the reason marketers make such tempting targets is that the lack of hard data makes everything a judgment call. If your judgment works out, great. You keep your job. But if it doesn’t, you don’t have any way to defend your decision. That, plus a nervous CEO, means you lose your job. However, if you can point to hard data and logic in defense of something you did that didn’t work out, you can demonstrate a) why you did it; and b) why anyone else would have done the same thing. Hard to fire someone for doing to obviously right thing.

Finally, accountability gives CMOs an increasingly influential role in strategy. CEOs are under more pressure than ever before to grow their businesses at a time when the markets they compete in aren’t necessarily growing. A recent study reported in the Harvard Business Review suggests that, on average, executives spend less than 3.5 hours per month1 thinking about fundamental strategic issues. Like how to grow the business. Marketing is the one organization tasked with thinking about business strategy and how it affects the customer. As such, the chief marketing officer is uniquely suited to partner with the CEO on issues of strategy, especially when it comes to growth.

So what we have here is a situation were the CEO wants and needs the CMO to work with them on strategy issues but the CMO does not necessarily have the skill set. According to Strategy + Business Magazine “The new class of strategic marketer will own the talents that, in recent years, have resided variously among consultants, agency executives, and senior strategists”2 including the ability to spot business trends early, develop business plans that deliver growth, interpret complex customer behavior, direct multiple agencies, and the intellectual security to stand up for what is right for the business while building consensus across departments.

The disconnect here is huge, which is why CMOs feel – and rightfully so – that at any given minute than can and will be fired. It’s hunting season out there and there is a big red target on the back of the average CMO. Given this, it’s not surprising that most CMOs don’t want accountability. What they want is to hide their heads in the sand and hope that this too will pass.

The reality is that it won’t. The discipline of marketing is in the midst of a colossal transformation. Marketing is becoming more strategic than ever before. Case in point: Sprint. Sprint has been in the wireless phone business for a decade. For most of this time, the company has been an also ran, trailing its peers in every number that counts, be it profits, new customer acquisition, and growth.

This is a company that only recently got smart about marketing as strategy. Its ads have always been smart, thanks to the work of Publicis and Hal Riney. It was its marketing strategy that lagged (woefully) behind. Instead of focusing on understanding who its customer was and what it needed to do to serve that customer better, Sprint focused on cutting its cost structure, in ways that exacerbated churn. For example, Sprint was one of the first vendors to experiment with Indian-based call centers for tech support, and to require customers calling with an issue to navigate a complex phone tree a/k/a “voice mail hell.” While this cut costs, it did little to endear Sprint to its customer, and the company found itself continually ranked below its peers in terms of profitability, margins, net additions (new installs minus churn), and other metrics.

At some point Sprint woke up and decided to change its marketing strategy. No doubt a new CEO — in the form of Gary D. Forsee who arrived in 2003 — helped. One of the problems Forsee inherited was a customer base that was defecting to the competition at a rapid clip. Under Forsee’s direction, Sprint decided it needed to understand the true drivers of customer attrition.3 Sprint found that customers were leaving the carrier in droves at the exact time they started to use their phones more and more. Ironically, the very thing that made Sprint great – its reliable network and voice quality that rivaled a wireline connection – was now driving customers to defect. Customers who were accustomed to using wireline phones for routine calls now felt safe using their mobile phones to handle all their calls thanks to Sprint. But these same customers quickly found Sprint “too expensive” for their everyday needs. Once their contract with Sprint ended, they moved to another carrier who could offer them more minutes for less money.

Sprint’s countered with a brilliant customer-oriented bundling strategy it calls the “Fair and Flexible Plan”. Instead of making customers feel like naughty children for going over the minutes they picked when they set up their initial contracts, Sprint simply adjusts their minutes from month-to-month based on last month’s usage. This is a win:win for both Sprint and the customer. The numbers speak for themselves. Churn: down by 2.3%. Contract length: up to 22 months on average. Revenues: up 17% over the prior year.

Other ways Sprint is growing its business is by recognizing that certain customer segments like business and the youth market are not ones it serves particularly well. Sprint is like most of the other carriers in that back in the late 1990s it overbuilt its network infrastructure and now finds itself with excess capacity. Unlike the other carriers, it decided to do something with this capacity, to market it and allow other brands to resell its service under their brand umbrella. Brands as disparate as the old standard — AT&T — and the new gonzo brand — Virgin Mobile — both rely on Sprint to provide the underpinnings of their wireless network. The result? Sprint’s market share has grown dramatically.

Driven by marketing analytics, what Sprint has learned is that the only way to grow the business is by understanding who your customer is, what they need, and building products and services that address the needs you know that customer has today as well as the ones you expect them to have tomorrow.

We see a lot of underperforming businesses like Sprint’s. The situation is not going to change until marketers wake up and recognize that they have a choice. Keep your head in the sand and become road kill. Or change the way you’re seen within your organization. Go from being a cost center to a profit center. Instead of spending money, making it. Stop any attempt at “business as usual” – it will only get you fired. Business as usual is risky business, precisely because nobody knows what value you are bringing to the business.

Or, to put it yet another way, like it or not, accountability is here to stay. And if you embrace it, well, so are you.

From hits to niches:  Paradigm shift in entertainment

Getting the Pricing Right 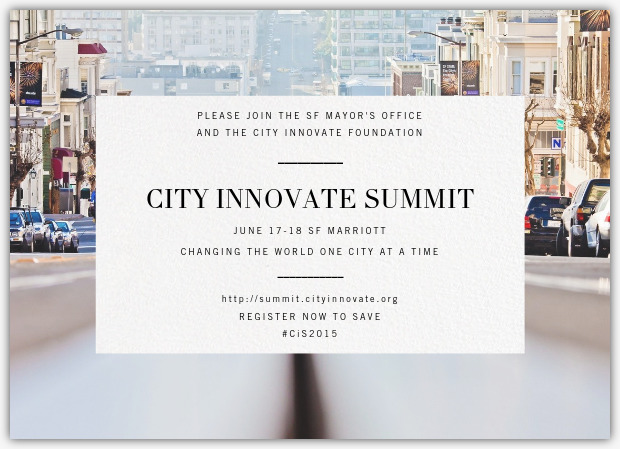 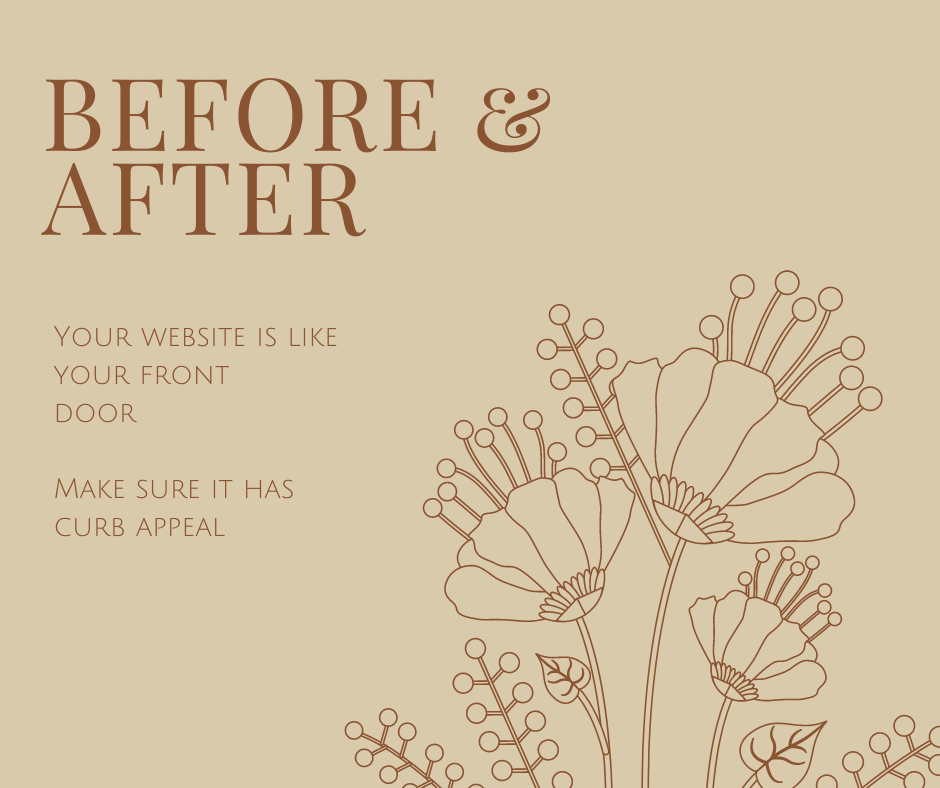 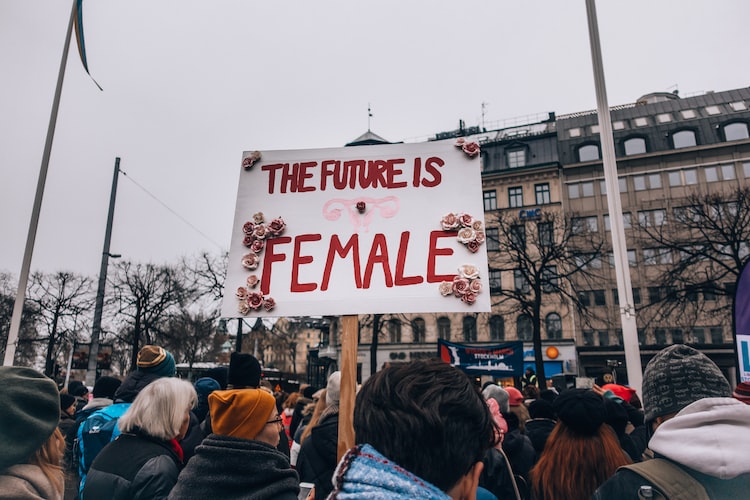