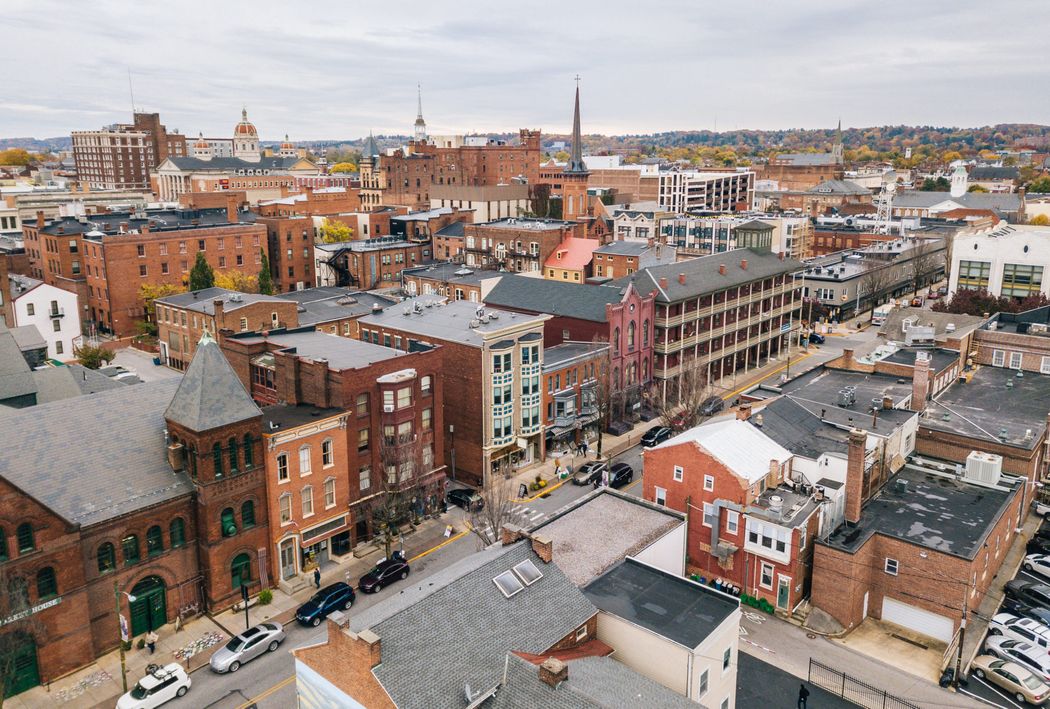 We went to York, PA to attend Blueprint York, a conference hosted be VentureBeat, intended to bring together Silicon Valley type investors with ecosystem builders intent on creating new forms of economic opportunity in York.

This was a follow on to the highly successful conference held in Reno in 2018.

The York, PA event had all the ingredients one might want in a conference. A welcoming local community which understood what it is good at, speakers that came from all over the country to share new models of economic development and workforce development, a low-cost of entry in the conference itself, and a strong point of view.

What the conference didn’t have, sadly, was very many investors or a huge number of people in attendance.

It’s not that people don’t care about seeing a city like York, PA rise. They do. Every person who spoke at the conference took a caring, enlightened position. But the reality was … York, PA is not that easy to get to. There’s no rail stop in York, PA – for that you have to go to Lancaster, PA which is 26 miles away and – I’m told – is flourishing. Indeed, locals refer to the rivalry between York (which used to have a rail stop) and Lancaster (which does) as the “War of the Roses”.

Which would be funny except we know from our work with cities and towns that the smaller the city, the more likely it is that the solutions to create economic dynamism can only happen by linking up your small city with the greater region.

What York has in abundance is the will to succeed, the first ever ecosystem builder attached to a city in the country, a history of making things as well as industrial manufacturing, a committed industrialist at the helm of an advanced robotics and AI company, plus a downtown that is both charming and affordable.

That sums up York County, whose craftsmen and artisans have long created and finished things often seemingly out of nothing.

This idea of York County as the land of makers – and with it York Plan 2.0 – has caught on in recent years among a whole new generation. There is even a branding campaign.

From York Plan 1.0 to York Plan 2.0
York has an interesting history. In 1938, in the run-up to World War II, community leaders got together to form the Manufacturers’ Association of York. Its singular mission was to prepare local manufacturers for the war that it knew was coming. This turned out to be both prescient and audacious.

Prescient because in 1938 most American leaders were isolationists who believed that America should stay out of the conflict in Europe. Audacious because effectively York was bringing together manufacturers in its city as a collective force, to make itself ready for the demands of war, at a time when virtually no other manufacturing city was doing so.

The York Plan 1.0 – with its slogan – “Do What you CAN with what you HAVE” – was endorsed by the Federal Government and became a national model for cities and towns and how they should prepare for World War II.

Today, York has a new plan it calls York Plan 2.0 and it is very much a plan to take York as a Maker City and evolve it to the forefront of the fourth industrial revolution.

A rendering of the third phase of the 240,000-square-foot innovation district planned for the city’s Northwest Triangle.

I spoke extensively with Correll French, a native son of the area, who is intent on bringing a makerspace to the area. The problem here is – of course- that there is no proven economic model for makerspaces, particularly in small cities and towns.

In larger cities – for example, Kansas City – there is an abundance of makerspaces, located in libraries, community centers, operating both as for-profit entities and as nonprofits. Kansas City (MO) has a population of 480,000; York (PA) is tiny in comparison with a population of only 48,000. We believe that York and Lancaster together could support a nonprofit makerspace but it would require overcoming transportation barriers between the two cities … to enable young people to get to the makerspace with ease, young people who cannot necessarily drive themselves.

In smaller cities and towns, makerspaces are often located inside schools or libraries. Freestanding makerspaces are also possible but may share their space and personnel with colocated businesses e.g. coworking, a startup incubator, or innovation hub.

Is a makerspace required to establish York as a Maker City … one intent on preparing its citizens for the future at a time or rapid technology change? No.

At the same time, a makerspace is an amenity many millennials seem to want, much like previous generations wanted access to a local gym. It’s also an amenity that “fits” with the spirit, history, and ambitions of York, PA.

What ecosystem builders do is serve as a kind of connective glue, to bring organizations together to work on initiatives. They also work with the economic development officers and civic leaders to grow capabilities that a city or town needs to thrive.

Skyler comes to this work from WeWork where he worked as a community builder at WeWork Chinatown (Washington, DC).

Bootstrapping Educational Resources
Amy Bridger, Senior Director, Corporate Strategy and External Engagement, Penn State Behrend (Erie, PA) spoke about the work of her research university, which is known as a leader in plastics, IoT, and robotics. This led to an interesting discussion of how cities and towns like York – that are located in areas relatively far away from a research university – can stand up their own educational infrastructure by creating their own coding academies (see below) bringing in major research universities to establish satellite campuses and the like.

What I didn’t hear – to my surprise – was any discussion of the role of community colleges in the York Plan 2.0. And – in fact – when we looked at the curriculum and degrees offered through the community colleges we found very little attention paid to engineering, electronics, coding, AI, or robotics. Thankfully, others in the community are stepping in to fill this gap.

John McElligott, CEO of York Exponential and of The Fortress Initiative
By his own admission, John started out “confusing imitation of Silicon Valley with innovation”. Only after his first venture in York did not realize the type of success he wanted did he realize that the way forward was to leverage the unique strengths of York in industrial manufacturing. He believes strongly that “small cities and rural areas deserve the same opportunities as big cities when it comes to technology and technology training and that the changes in technology around computer programming, robotics, manufacturing, and employment present a unique opportunity for these communities to leapfrog into the future.”

Today, John calls himself an “industrialist” not necessarily an entrepreneur (although he is that too); somewhat charmingly he refers to the York economy as “Mech” not “Tech”. As an industrialist, John is involved in two ventures based in York:

York Exponential is an early-stage startup company that focuses on producing robots for industry; it does not sell the robots so much as rent them. The vision here of what John and others call the “Fourth Industrial Revolution” is not so much that robots will replace people but that robots will work side-by-side to augment people.

John was quick to realize that the growth of York Exponential was capped by the talent available in and around York. He created Fortress as a nonprofit coding academy – one of the first coding academy accredited and licensed by the state of PA – to create a trained workforce with skills in robotics, AI, and coding. Fortress provides a 12-week boot camp much like two other companies that presented at the conference: Flatiron Schools and Kenzei Academy.

So what is missing in York? Fast, reliable, inexpensive broadband is coming to York thanks to United Technologies which describes itself as a “carrier-neutral dark fiber provider”. In our work with cities, Gigabaud internet is a game changer for cities and towns, especially those interested in attracting and building out their advanced manufacturing sector as today so much of advanced manufacturing happens in the cloud. (We wrote about this extensively in the Advanced Manufacturing chapter of our book.)

Yes, there is industry and an advanced manufacturing sector poised to flourish. Yes, the downtown is pretty with many artisanal stores and a hipster-type food market that could be at home in Oakland or Brooklyn. But try to get a cup of coffee at 7:30 am on your way to your office. Nothing is open! Downtown York simply does not have the density of business required to support even one coffee shop.

Is this a failure of urban planning?

No, we don’t think so. What cities and towns like York need are more subtle than that. They need a way to create a talent base that will attract both established companies and entrepreneurs to come to York and stay.

Some of the innovative companies we learned about that are operating in this space include:

OUR ADVICE FOR YORK

Focus instead on entrepreneurship related to industrial-style manufacturing. We like the Arch Grants model and think something similar could work in York for startups focused on manufacturing. Also needed: more ways to quickly upskill and reskill nontraditional workers. We’d suggest working with the local community colleges to create a forward-looking curriculum in electronics, AI, and robotics. If not, work with the state to create a satellite campus of Penn State funded through a combination of state and federal grants. If you can get people to come to York to study, they will stay so long as there is an industrial economy they can participate in. 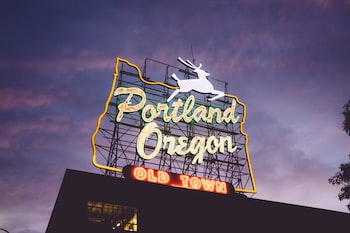 Moving to Portland, OR on June 1