Fortune magazine columnist Anne Fisher says the worst is yet to come in the outsourcing of American jobs. “So far, according to the best industry estimates, only about 5% of U.S. IT jobs have been shipped to India, New Zealand and Eastern Europe. But by 2007 at least 23% will have gone. Not a techie? Don’t get cocky. IT folks may just be the canary in the coal mine.” As one of Fisher’s readers notes: “There is almost no limit on the technology that can take jobs overseas. Anyone in any field who has ever thought, ‘Gee, I could just as easily do this job from home,’ or who has smiled a the thought of working from a laptop on a beach should understand that his or her replacement ‘could just as easily do this job’ from Bangalore.” Fisher says there are only three ways to avoid seeing yourself outsourced out of the market. One is to hone your skills to the point that you offer greater productivity than your foreign counterparts. The second is to innovate—find something that you can do that the folks overseas can’t. Fisher offers the example of an IT veteran who developed new programming methods “which allowed him to write certain specialized applications about eight times faster than his typical Bangalore competitor.” The third is—find a new career.

How to make change happen:  advocacy and inquiry 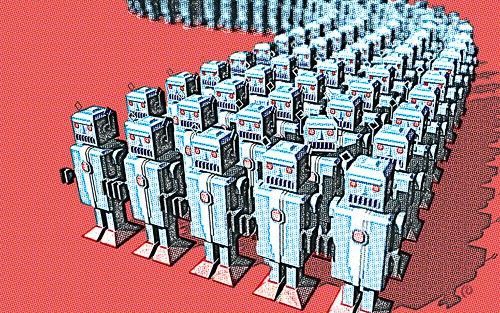